The leaves have changed and are covering the ground with color. That crisp, cool feeling is in the air and that can only mean one thing: Fall in Colorado! While I do enjoy running on trails during the day, my love for nighttime trail running is like no other. The sounds are different. The feel is different and with the Petzl Nao+ Headlamp on my noggin, there is never an issue of it being too dark to run.

Shortly after sunset, I headed out to a local single track trail in the southwest foothills, outside of Denver. The temperature was a crisp 50 degrees and there was no sign of the moon. An ideal night to try out the Petzl Nao+ Headlamp. Having done the Leadville 100 trail run twice (one of them being part of the Leadman series), I am no stranger at running in the dark, but have found night running can be a bit dangerous if you don’t have the proper headlamp. Having tried more than my share of headlamps, I was excited to give the Petzl Nao+ Headlamp a go for a short, one-hour run. 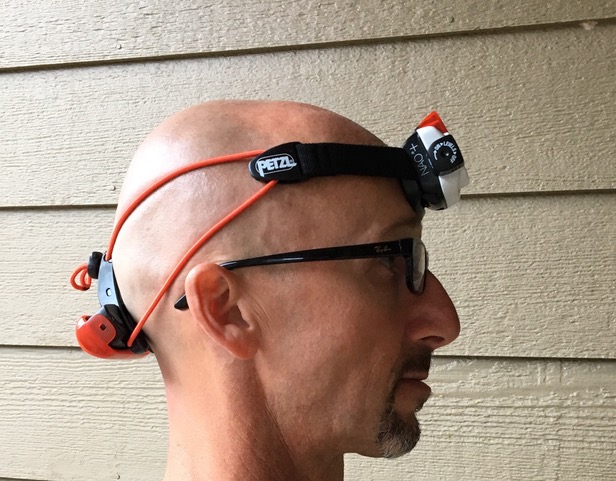 The headlamp is a bit heavier than its counterparts but due to the ingenious engineering, the head strap with its bungee cords holds everything in place extremely well with no bouncing. 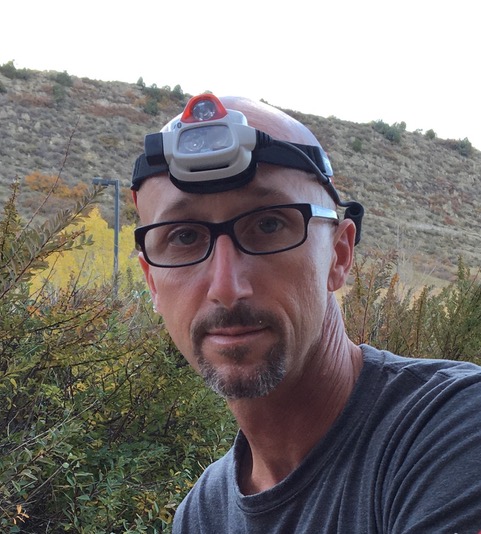 Petzl has made a rather bulky headlamp look fantastic. The head strap is well designed with bungee straps replacing most of the traditional elastic band found on other headlamps. The front light and rear blinking light with the battery is well balanced for weight and the bungee pulley strap on the back of the head is super easy to adjust without stopping.

This is like the Iron Man of headlamps. A bit heavier in weight but tricked out with some pretty cool features include a whopping 750 lumens that mimic the brightness of car headlights that shine between 65-140 meters (depending on the mode you put it on) and reactive lighting that adjusts the beam strength to maintain even lighting while running. This reactive lighting option is awesome because it adjusts automatically. Say I take a look at my Garmin Fenix 3 while running, the Petzl Nao+ automatically adjusts to decreasing the light. But once I look up on the dark trail again, it adjusts to give me more lumens to light my way. I think this is one of the coolest features of any headlamp and it also helps to save battery life since you don’t need to fumble around and change modes. 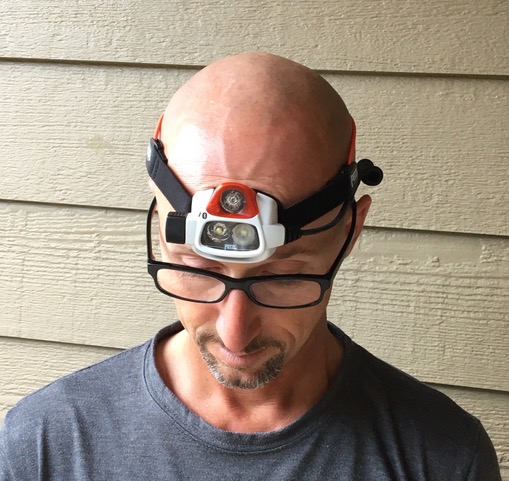 The cool features don’t stop there. It also has Bluetooth capabilities which, when used with their app on your smartphone, can monitor the burn rate of the lamp in real time. You mean I can finally know how much more life my headlamp has before going blind in the dark? YES! Depending on the mode (reactive vs. constant) you choose for the Petzl Nao+, you can get between 1.5 to 15 hours of battery life. And let’s not forget about the rear. The Petzl Nao+ also has a red blinking light that sits on the battery pack that is visible for 1 kilometer. No need to try to find those other blinking lights and attached them to your clothing or pack.

You can also change the brightness of the lamp from the app as well; as each type of emergency messages that will be translated into morse code with flashing lights emitted from the Petzl Nao+.  For technology nerds like me, you will find yourself at home with all of these great features. 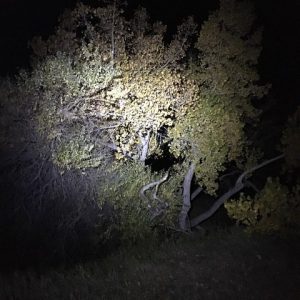 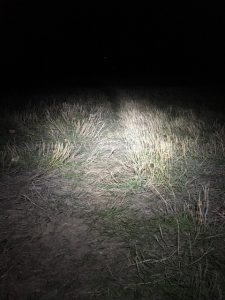 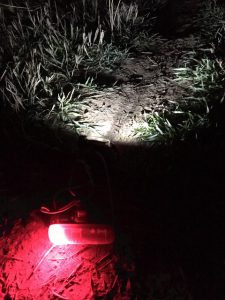 With all of the great benefits and features that crush most of the competition comes a price: weight. This is one of the heavier headlamps on the market and will take up just a bit more space in a pack, especially if you purchase extra battery packs. However, it’s totally worth it for being able to light up the night and utilize all of the great functions in this headlamp. 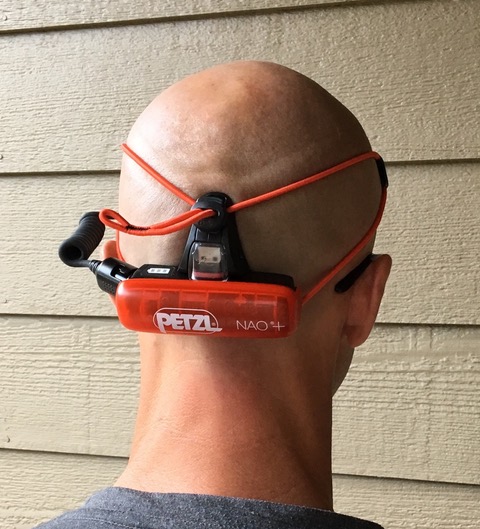 This headlamp was quite honestly the best I have ever worn! It made it so enjoyable to be able to illuminate the trail like it was daylight but still enjoy the feel of running at night. Even though it is a bit bigger than other less powerful and less bright headlamps, the engineering behind the head strap is ingenious and secured it firmly to my head. There were no pressure points and I hardly noticed it on my noggin while running. With all of the advanced features this headlamp has, it will be my go-to light source for night running.

Even though the benefits of this headlamp are bountiful, the major drawback would be the limited battery life if you run it as bright as can be in the constant light mode and heavier weight for those who will be out on the trail for more than a few hours. It is probably the most technologically advanced headlamp on the market but would be better suited for those who will fully embrace all of these features and perhaps have a few extra battery packs on hand, or have the resources of charging stations along trails.

Shop the Petzl Nao + on Outdoor Prolink. Not a member? Apply today!

Bob Seebohar has been an ultra-runner for many moons and completed the Leadman in 2009. Aside from his love of running and cycling on the Colorado trails, he is also a Sport Dietitian, Exercise Physiologist, Certified Strength and Conditioning Specialist, and USA Triathlon Certified Level III Elite and Youth/Junior triathlon coach. He is the creator of the Nutrition Periodization and Metabolic Efficiency Training™ concepts. Learn more at www.enrgperformance.com.