Girls Gone Wide: A Climbing Film about Offwidth in Vedauwoo 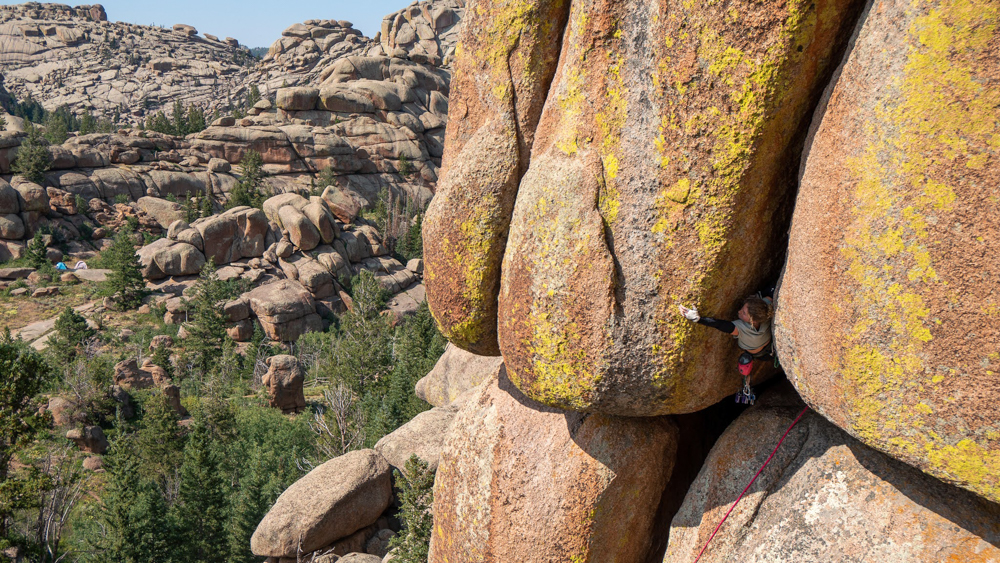 I wanted to showcase a climbing world where being a woman is fun.

And by saying that, I don’t mean to diminish the narrative around the struggles of women at the crag at all. I know just as well as any woman what it’s like to live and breathe in a community dominated by men. Hell, halfway through filming Girls Gone Wide I went to court and filed a restraining order against someone in the climbing community. So I get it, and I know that talking about the struggles of women is important if we are going to grow and improve as a community.

I watched Valley Uprising when I first got into rock climbing, just like everyone else. The feeling you get watching that movie, is that being a climber is a wild, raunchy, hardcore sport. It’s all about stickin’ it to the man and being a free spirit. Which is rad, because I 100% agree that it is all those things. But what I didn’t see in that film, was the wild, raunchy, hardcore moments that I’ve experienced with female rock climbers.

Ultimately, the film showcases how being a rock climber is fun, but the underlying message however, is that it’s a dude’s sport.

Being a woman in rock climbing is awesome. And I hope that this film goes far in showing that.

Who is featured in Girls Gone Wide? 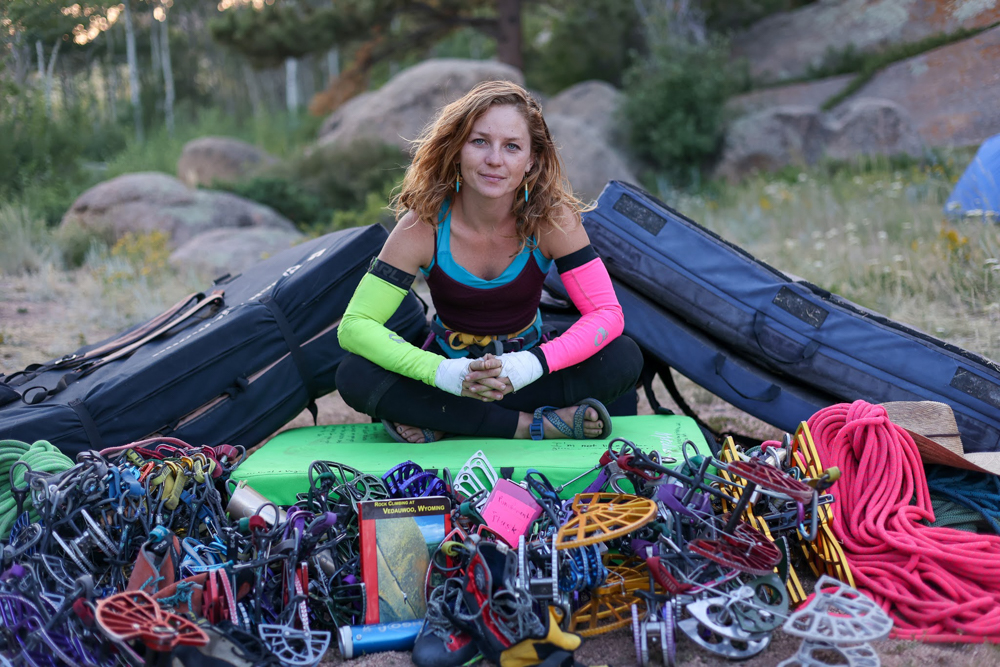 Mary Eden has been rock climbing for over 10 years and has been a guide for the last 6. She is an all around talented rock climber, but she is mostly known for her offwidth climbs. She has multiple 5.13 rock climbs under her belt, including Supreme Manliness 5.13-, Spatial Relations 5.13-, and Iron Sharpens Iron 5.13-. During filming Mary tackled and sent thirteen sandbagged Vedauwoo climbs. We had to tell her she sent too many things and we ended up having to cut out a few climbs to make the film fit.

These days Mary lives in Flagstaff AZ with her cat Beema and is still climbing nasty offwidth (and other!) routes as often as she can. 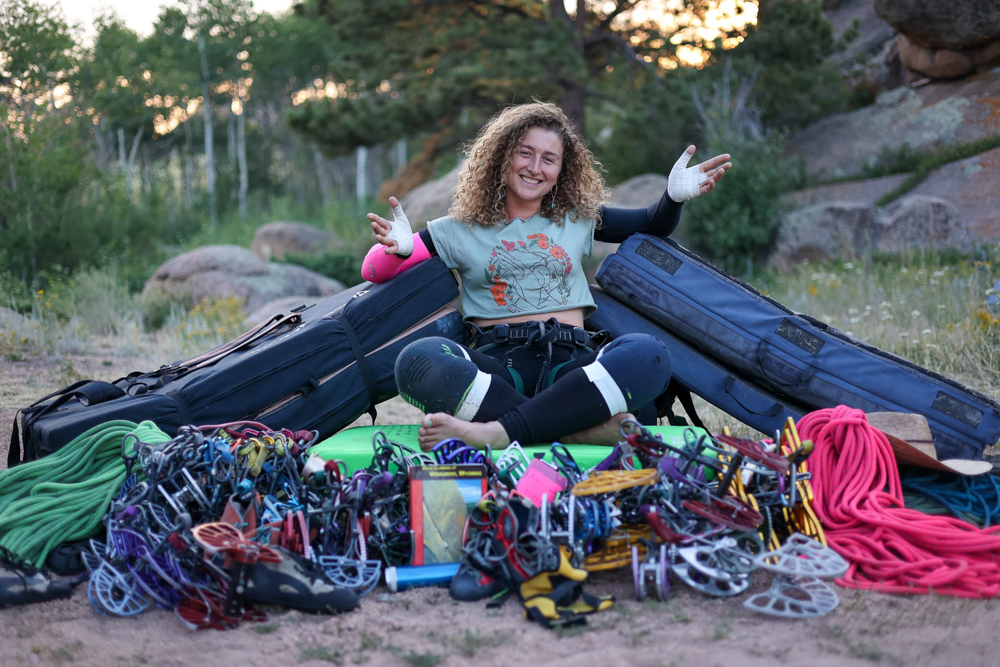 Kaya Lindsay has been climbing for five years and is head over heels in love with it. She’s a fairly new offwidth climber, having only spent the last year or so working on this style of climbing. In that time she has sent multiple hard 5.11 Vedawuoo routes, for anyone who knows the area, knows that grade is highly misleading! She came to Vedauwoo to send a few dream routes and definitely delivered!

She is the director, primary videographer, and editor of this film, and hopes to make many more climbing movies with her friends. 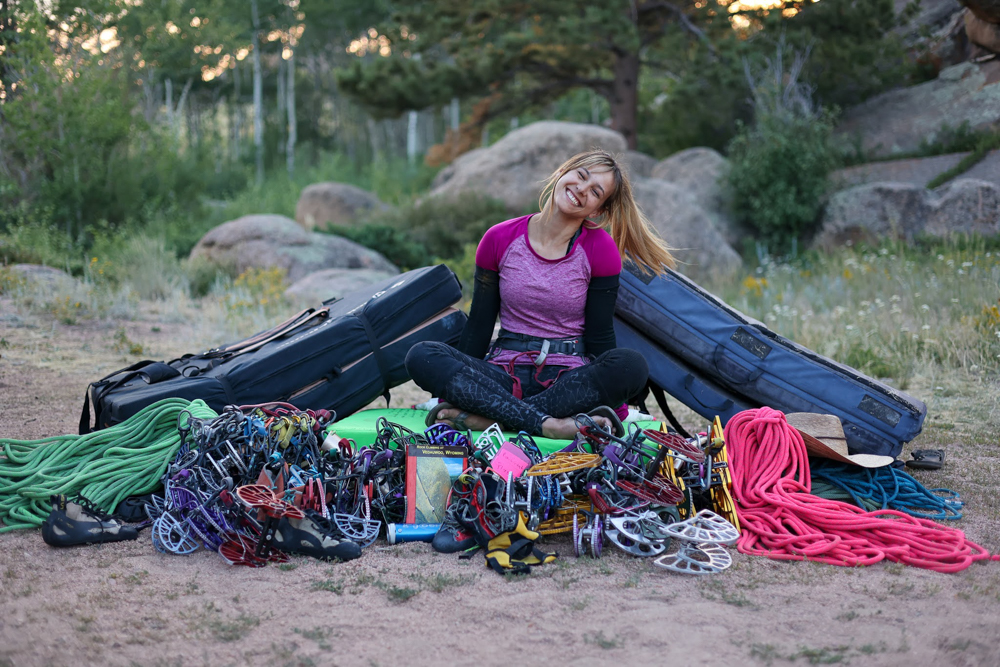 Sam Rose Mac is one of the most naturally talented rock climbers I’ve ever had the pleasure of meeting. She is strong, determined, brave, and committed, and she’s only been rock climbing for less than a year. Sam comes to the Girls Gone Wide crew after meeting Kaya and Mary at one of Mary’s Crack Camp Clinics. Her passion for the style of climbing and her drive to succeed is palpable. She wants it more than she wants most things, and it shows. Her heart and her triumphs are a joy to behold.

She’s currently living in Denver Colorado, and still crushing it as often as she can. 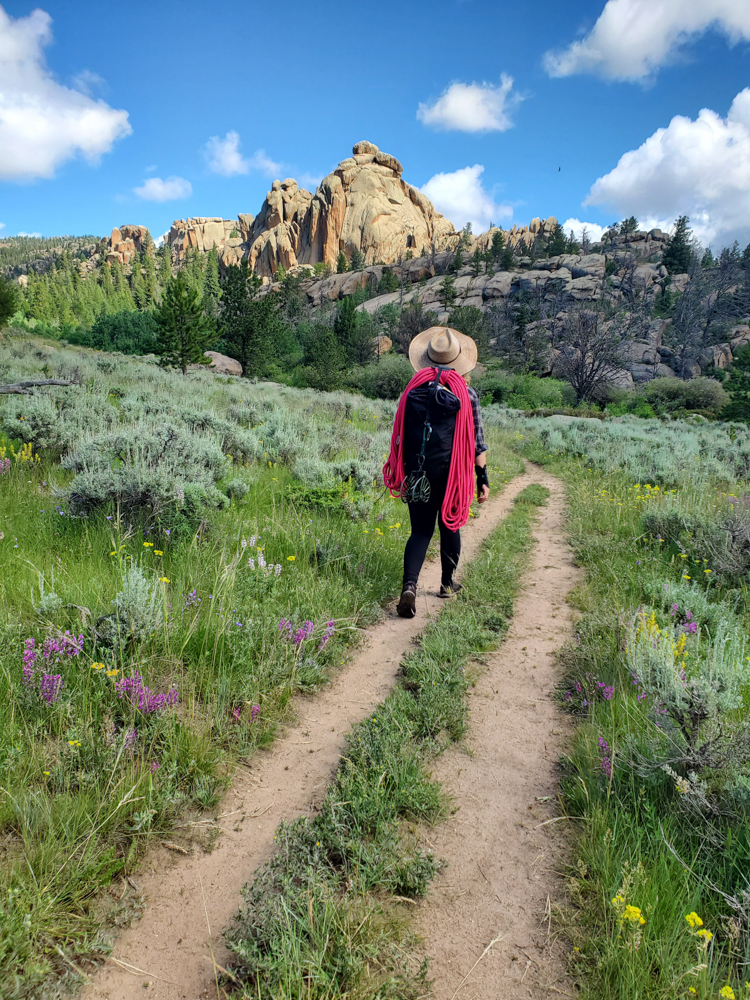 How did we film it?

The filming of Girls Gone Wide was a scrappy team effort, and I think it shows in the film. I wanted to get the heart of the film across without having to worry too much about big budget shots. Mary brought in GoPro’s, I had my Canon R6, and Sam had her iPhone.

The cool thing about this film is that it’s probably 95% women created. We rigged all of our own lines, shot all of our own footage, edited all of it, and produced it with a female team. I think the only footage that we ended up using that was shot by a man was Mary’s send burn of Spatial Relations and some of the drone footage.

I’m not sure how many other climbing films can say that about their team. 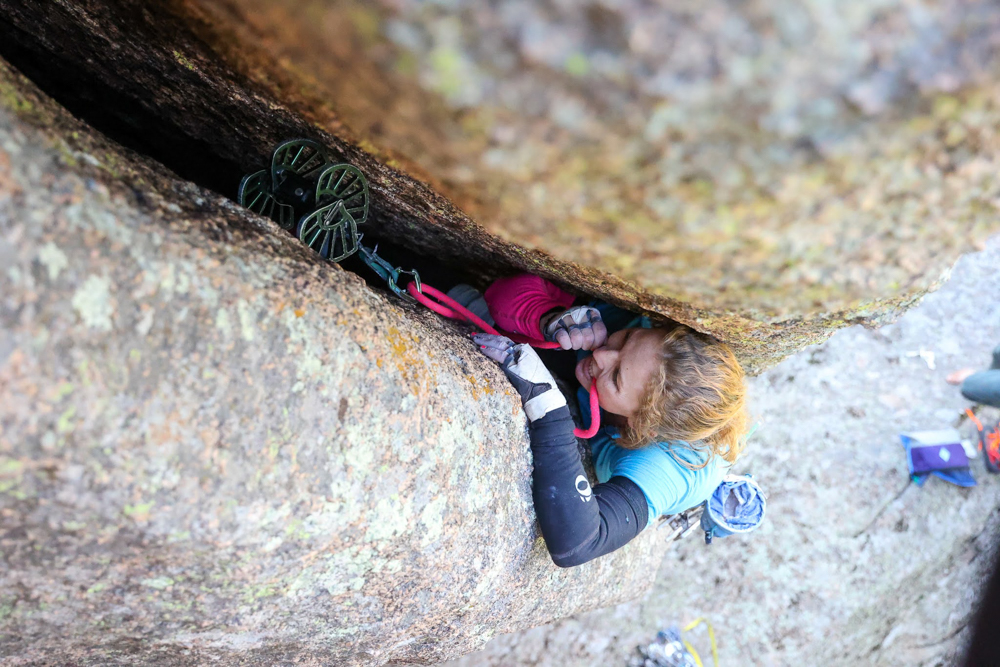 Where can you see it?

You can watch the Girls Gone Wide film on both Kaya and Mary’s YouTube channels, or on their Instagram accounts. This film has been a labor of love on the parts of everyone involved, and we hope dearly that you enjoy it. 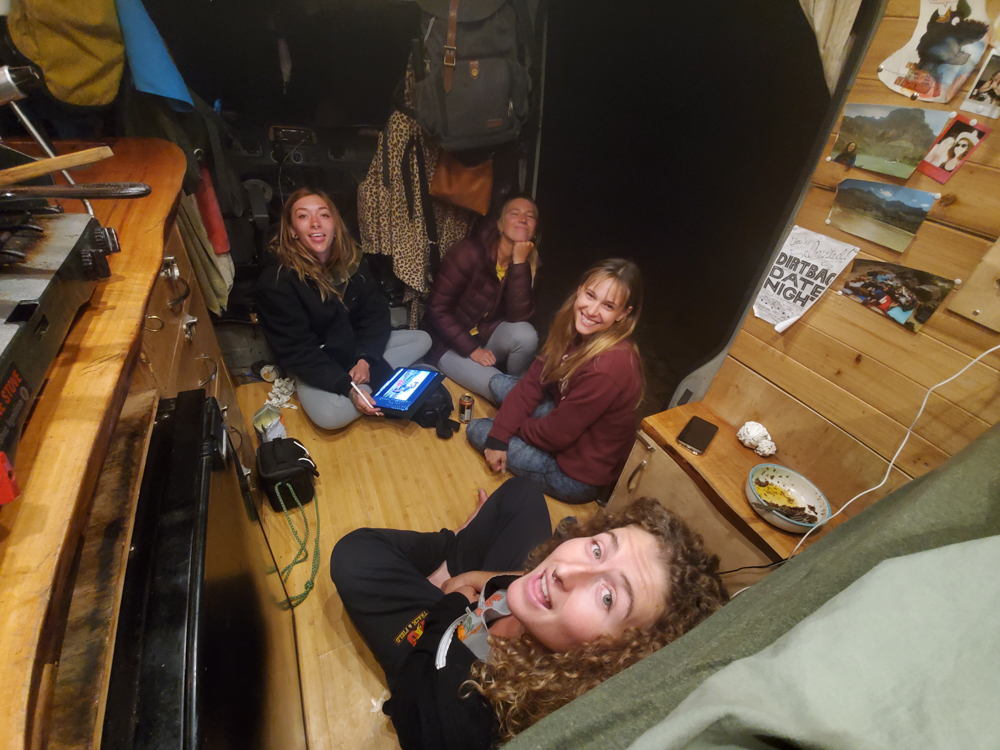 What is next for the Girls?

Mary, Sam, and Kaya still get out and climb together when they can. Kaya is working on her next big project, a book about rafting the Grand Canyon during the early days of COVID-19, Mary is gearing up to send her first 5.14, and Sam just recently sent her first 5.12 outside.

You haven’t seen the last of these ladies out on the rocks. Stay tuned for their next adventure!

In this short film, Mary Eden, and Kaya Lindsay adopt Sam Rose, an enthusiastic but inexperienced offwidth climber and take her out to Vedauwoo Wyoming to test their combined skills against some of the most grueling and physically demanding offwidths in the country. In this fun and lighthearted film, Mary, Kaya, and Sam are joined by a host of female offwidth climbers including Mary’s long term climbing partner, Mercadi Carlson. This film is a celebration of the feminine aspects of climbing that often get left behind in traditional storytelling. In Girls Gone Wide, you will laugh, cry, and paint your nails black along with the colorful cast of characters climbing at their limit in rural Vedauwoo Wyoming.

Kaya Lindsay is the social media coordinator for Yosemite Facelift. She is also a writer and photographer with a passion for rock climbing and the outdoors. In 2016 she converted a Sprinter Van into a tiny home and has been traveling around the US & Canada to pursue her passion for rock climbing ever since. You will most likely find her in a parking lot or coffee shop, camera in hand, planning her next adventure. Connect with her on Instagram @OneChickTravels