I was really excited to test this jacket from BlackYak. Based on my social media feed this season, they seemed like the hottest new thing in town. It turns out BlackYak has been making mountaineering gear since 1973 in South Korea. They seem to be making a big splash in the United States right now. Everything in their current line looks amazing, new, and fresh– everything a gear nerd loves to see. Finally, not another copy of an Arc’teryx jacket! I received the jacket the day after the first big dump of snow in Yosemite, my home for the winter. And since then, we’ve only had a couple of stormy days that were worth getting on skis for. Dedicated to the test, I knew that I would have to get creative to put this jacket to the test. 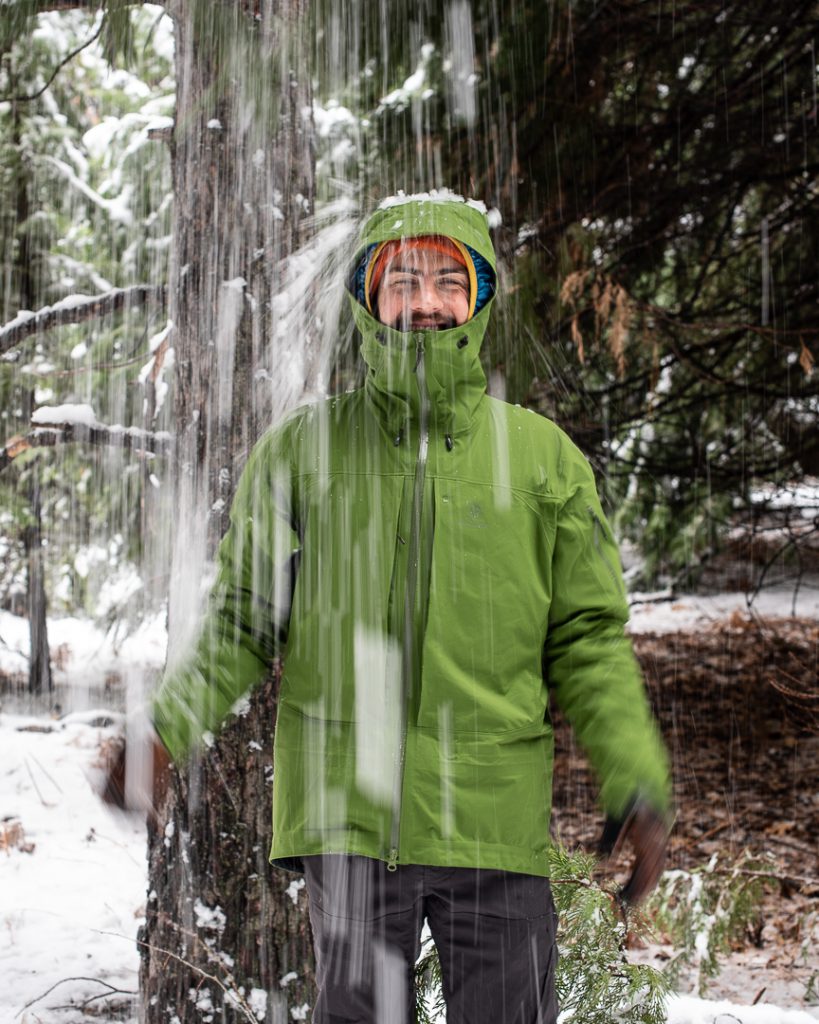 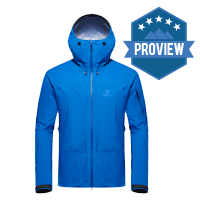 Product Description: The BlackYak Hariana Jacket is the leader in the new MIDSHELL® category of performance outdoor clothing. The BLACKYAK team have used a specially developed GORE® WINDSTOPPER® with Rain Resistance three-layer laminate. To enhance the garments wet weather capabilities, we have used a 13mm seam tape on all sewn seams. This works in combination with our new YAK SEAL™ Technology to reduce the moisture ingress through from the main garment openings around the waist, cuffs and helmet compatible hood.

After weeks of playing around with the jacket, wearing it skiing under bluebird skies, hiking to go climbing in sunny Joshua Tree, and as a wind layer while taking photos, I knew that I had to test the waterproofness of this thing.  So I took it to the ultimate test, and stood under Lower Yosemite Falls.  I was more or less under the waterfall for about thirty minutes total, and I have to say, I was totally dry underneath the jacket.  It was amazing.  And with that test, I would say that I highly recommend this jacket to anyone looking for a top of the line alpine shell.  I would also highly recommend that you try it on first.

This jacket is billed as a top tier midshell. This newer category in jackets is supposed to be the ‘be-all-end-all’ jacket for 80% of your time spent adventuring. The jacket that is waterproof AND breathes, the unicorn. To get there,BlackYak is experimenting with GORE® WINDSTOPPER®. This laminate fabric is normally used for soft shells and considered not as waterproof as something like Gore-Tex Pro. The ‘waterproof-ness sacrifice’ means it is more breathable. This is a specially made version that includes a “Rain Resistance three-layer laminate,” paired to a Cordura Ripstop shell.  Finally, BlackYak taped all of the seams. To help with the breathability, they added massive pit zips. It is certainly waterproof, but breathability seems to be about the same as any Gore-Tex 3 layer in real-world tests. 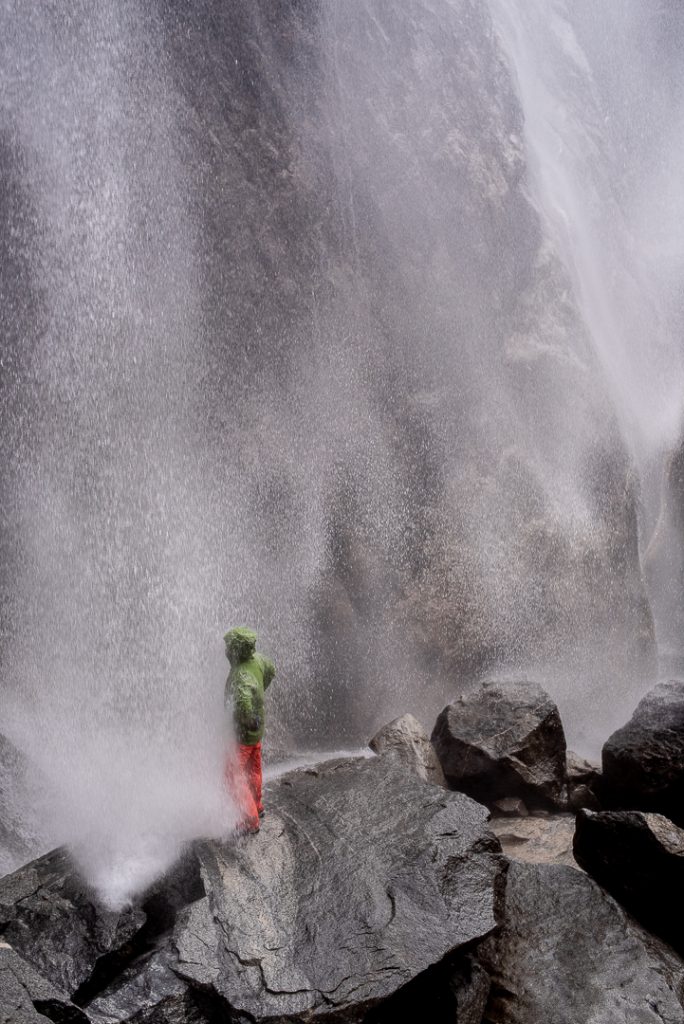 This jacket also has a lot of nice little features. BlackYak has developed a proprietary “hook and loop” (aka Velcro) closure at the cuffs. It seems significantly more durable and stronger than the standard Velcro found on most other jackets. I’ll be curious to see just how long it lasts, but it seems promising. They’ve also cut their front pockets in a way that keeps the opening mostly closed when unzipped. As someone who often stuffs gloves and camera lenses in those pockets, and then forgets to zip them, this seems like it will be pretty useful on storm days. Other features include a removable powder skirt, an interior Napoleon pocket, a season pass pocket on the upper arm, and a helmet compatible (just barely) hood. 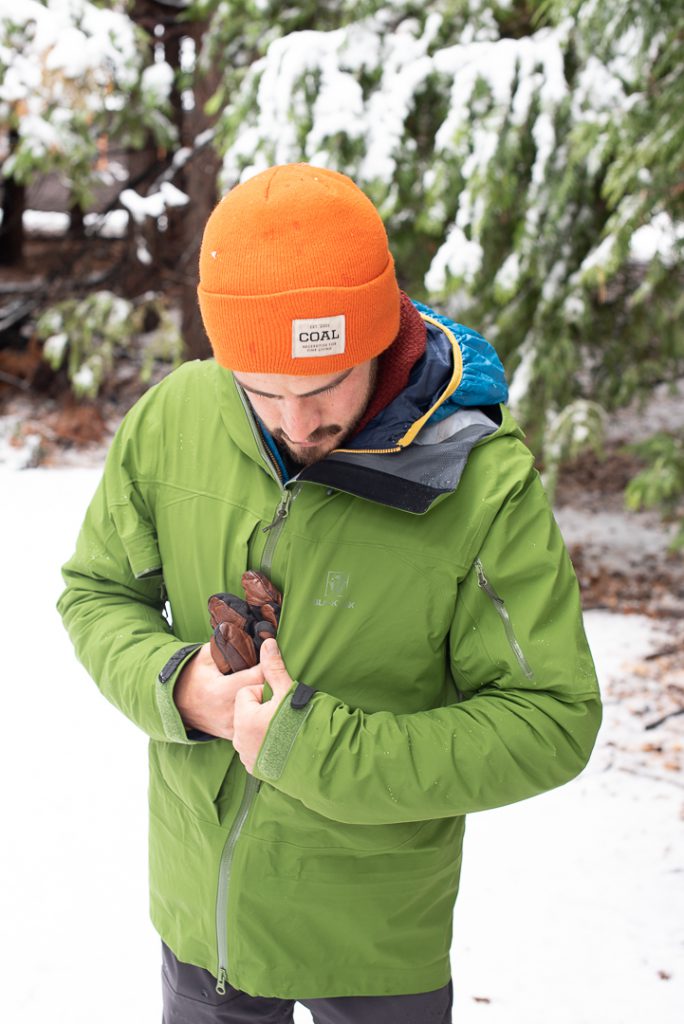 Overall, it’s a solid jacket. The build quality is top notch, the features have been well designed and executed, and it looks good too. But, I have some bones to pick. The biggest one is that the sizing is a little funky. I’m generally a size small (5’8”, 140lbs), but based on their provided numbers, I tested a medium. The sleeve and jacket length were perfect for a winter shell, but the jacket itself felt more like a baggy inbounds jacket. I was able to easily fit my massive belay puffy underneath, but yet the hood was pretty tight when paired with my relatively low profile ski helmet. My friend, who is normally a size medium tried it on and instantly complained about the short sleeves and short torso. Lastly, the zipper is attached on the opposite side from the standard men’s zipper in the United States. Although the zipper was beefy and slid really well, I had to fight decades of indoctrination to get the jacket off. 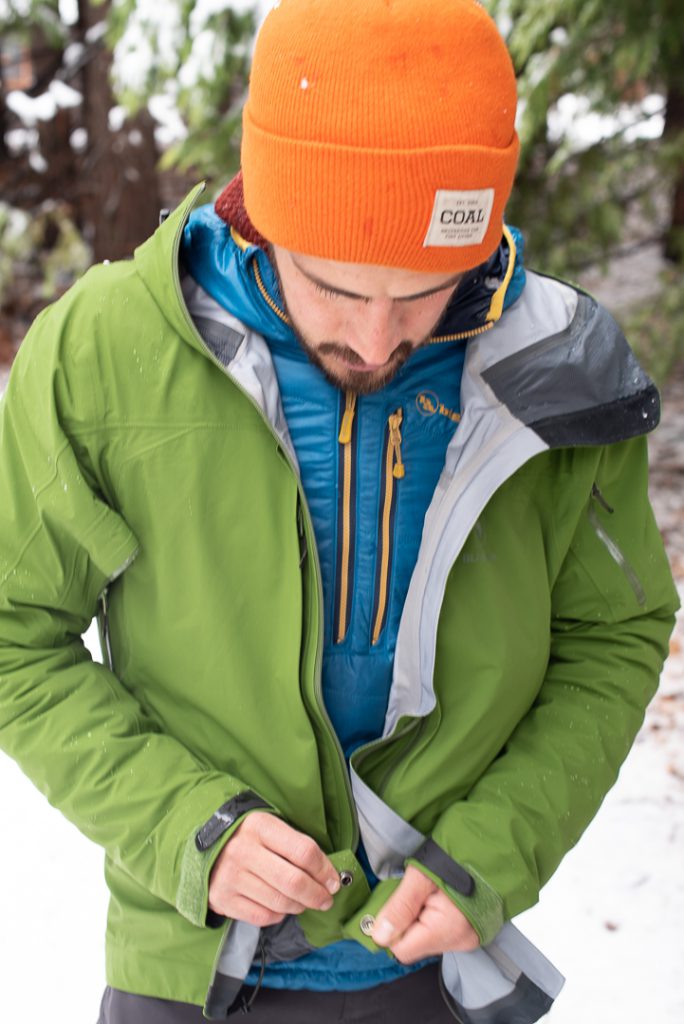 After weeks of playing around with the jacket, wearing it skiing under bluebird skies, while hiking to go climbing in a sunny Joshua Tree, and as a wind layer while taking photos, I knew that I had to test the waterproofness of this product. So I put it to the ultimate test and stood under Lower Yosemite Falls. I was more or less under the waterfall for about 30 minutes total, and I have to say, I was totally dry underneath the jacket. It was amazing. And with that test, I would say that I highly recommend this jacket to anyone looking for a top of the line alpine shell. I would just also highly recommend that you try it on first. 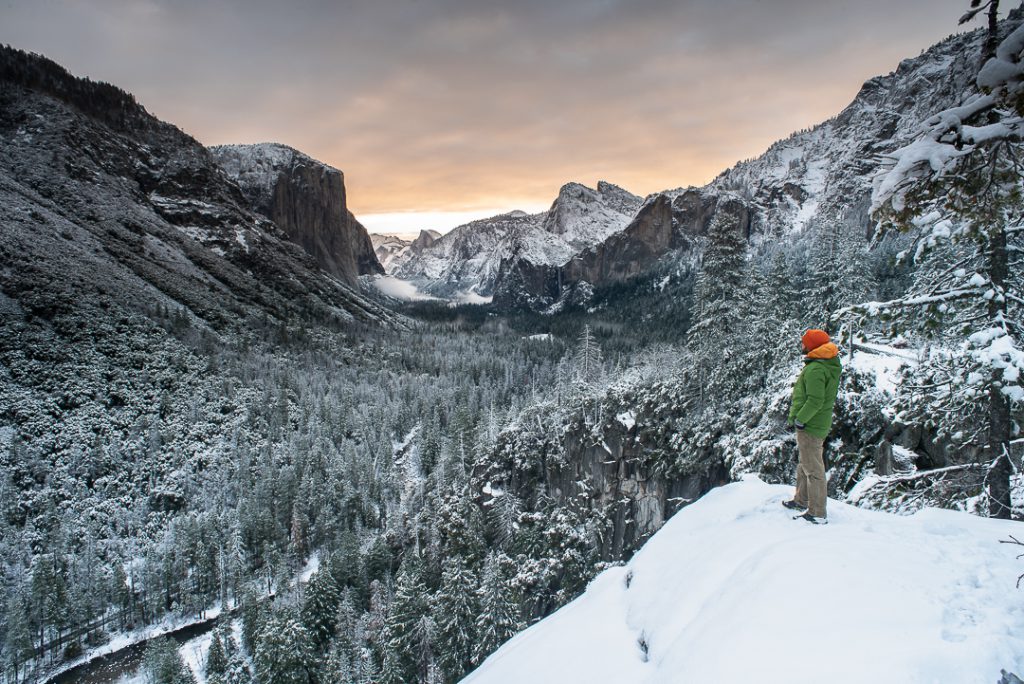 Shop BLACKYAK  on Outdoor Prolink. Not a member? Apply today! 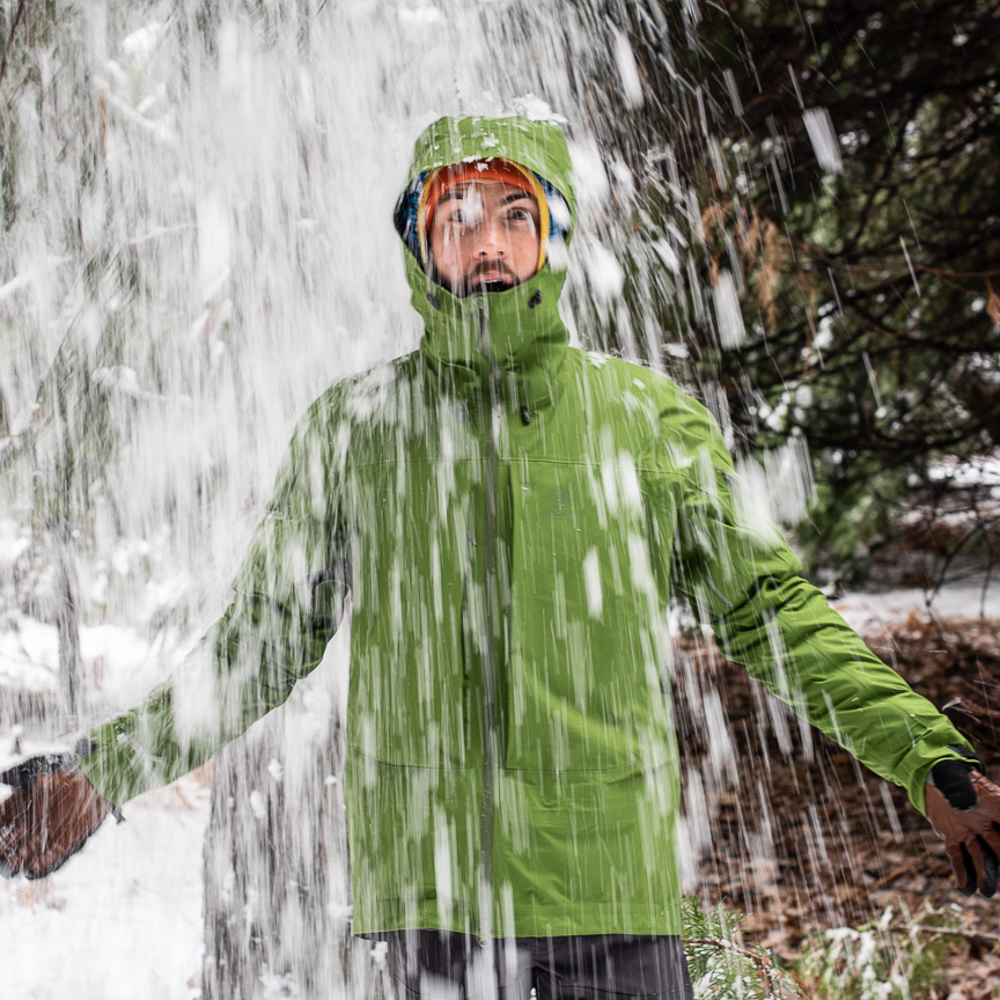 Tyler Gates has been in the outdoor industry for close to half his life now. With that time spent between slinging gear, professional photography, guiding, and instructing.  East Coast born and raised, he’s now called most of the American West home at some point.  Currently, he lives between Smith Rock and the Cascade mountains, trying to divide his time between climbing, skiing, and mountain biking.