Climbing equipment elicits an attachment for most climbers: they prefer a brand, model or style over another for, many times, no real reason besides it’s what they have always purchased and used. Mollie and I got to test the Dragon Cams from DMM and now, we essentially want you to start using them! 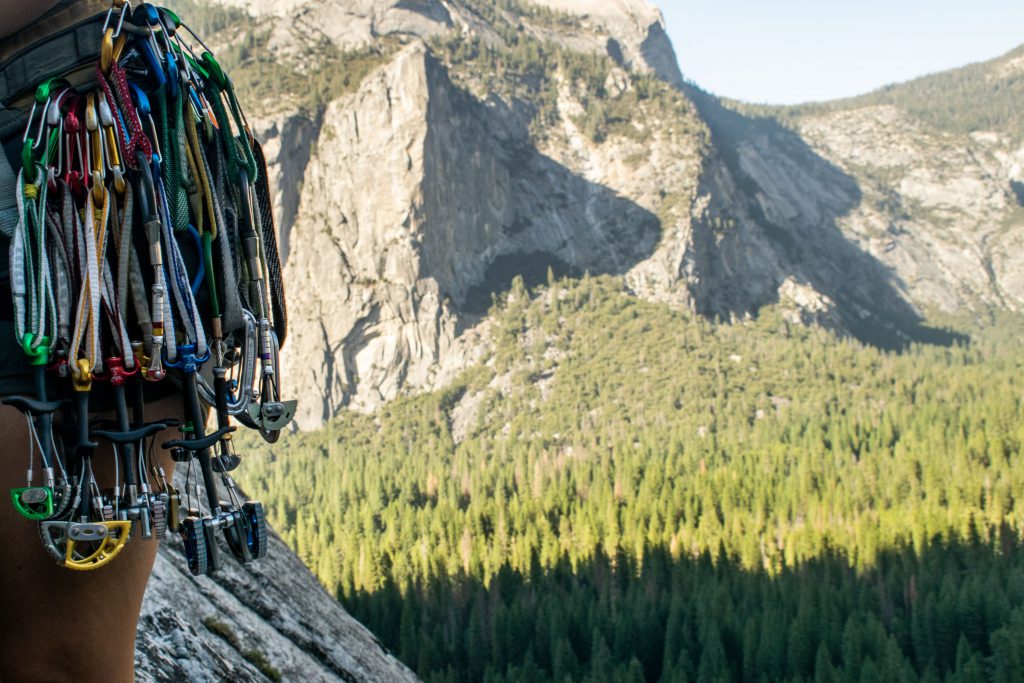 All DMM gear is well-thought out, well-made and handmade in the same facility in Wales that it’s always been made in (see this thorough but interesting video). Their attention to detail and design helps them produce some of the best gear on the market – Dragon cams are no exception. We used our Dragon cams extensively in the sweeping granite of Yosemite all the way to beautiful splitters of South Eastern Utah. With the addition of the 7 and 8 (5 and 6 in BD terms) this summer, and the announcement of micro cams -touting the smallest certified cam on the market- DMM has all the sizing needs for every climber. 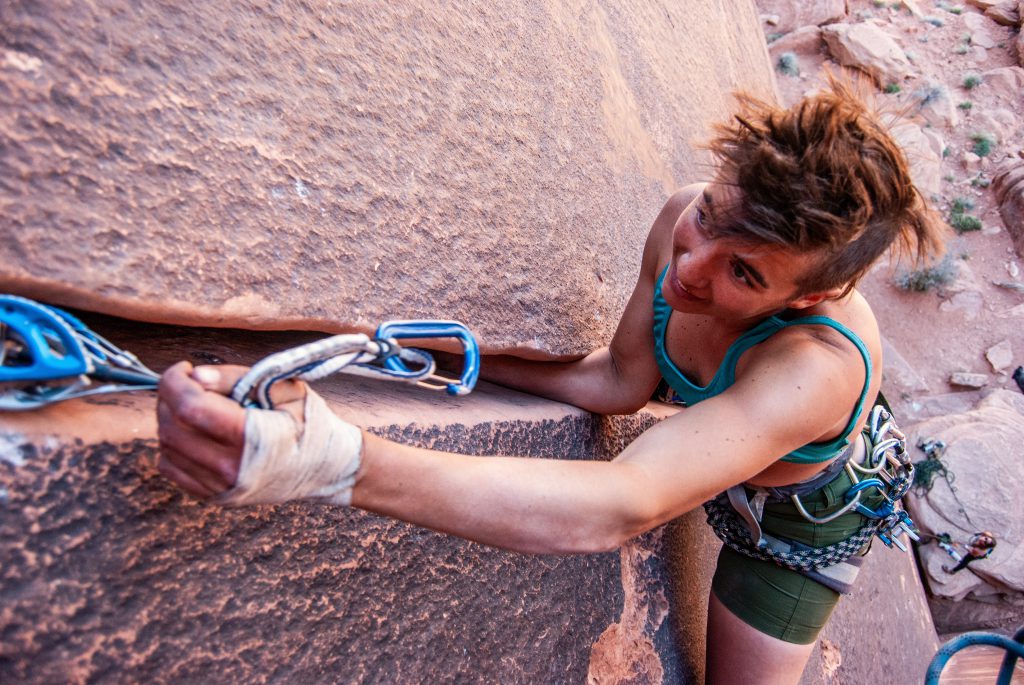 The two biggest things about the Dragon cams that you will notice is the fact they have an extendable sling and no thumb loop. Many people will see the latter as a disadvantage, but once you use them, you will see it as a valued design feature. 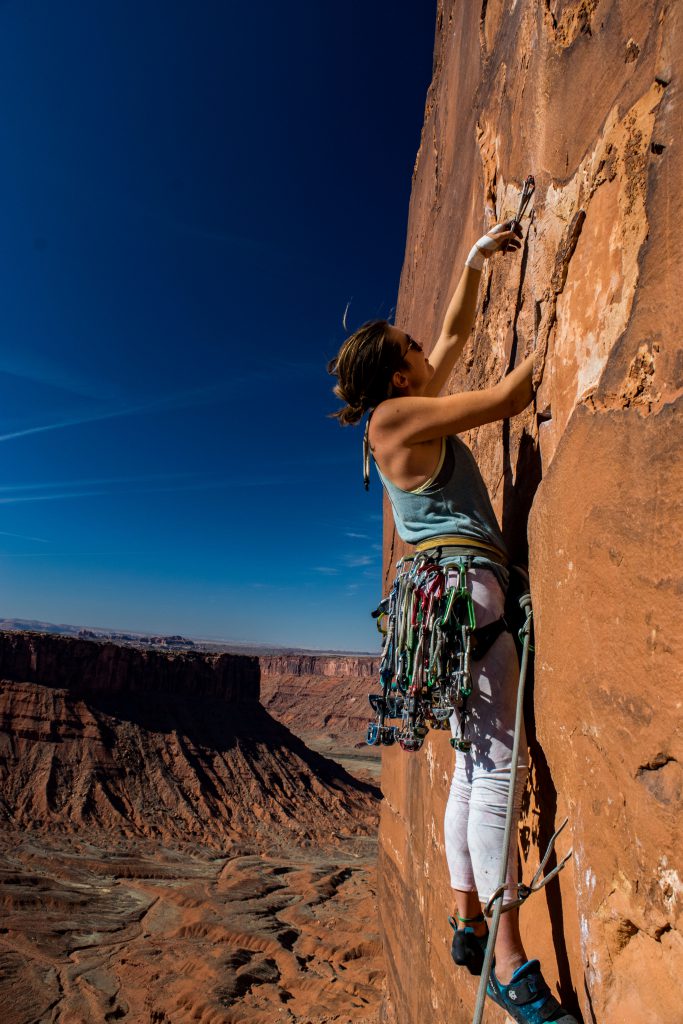 The extendable slings allow you to slim down your rack by leaving your quickdraws or runners behind since each cam’s sling extends 6 inches. Although it’s not as long as adding a 24-inch sling onto a cam, it is enough to help bring the rope out of cracks and decrease rope drag. Pro tip: wrapping a rubber band around the sling that attaches to the carabiner creates an effortless extension of the sling. We found that when the Dragon cam is fully extended, it is 2 ½ inches shorter than clipping one of our longer quickdraws into the sling of a Black Diamond cam. 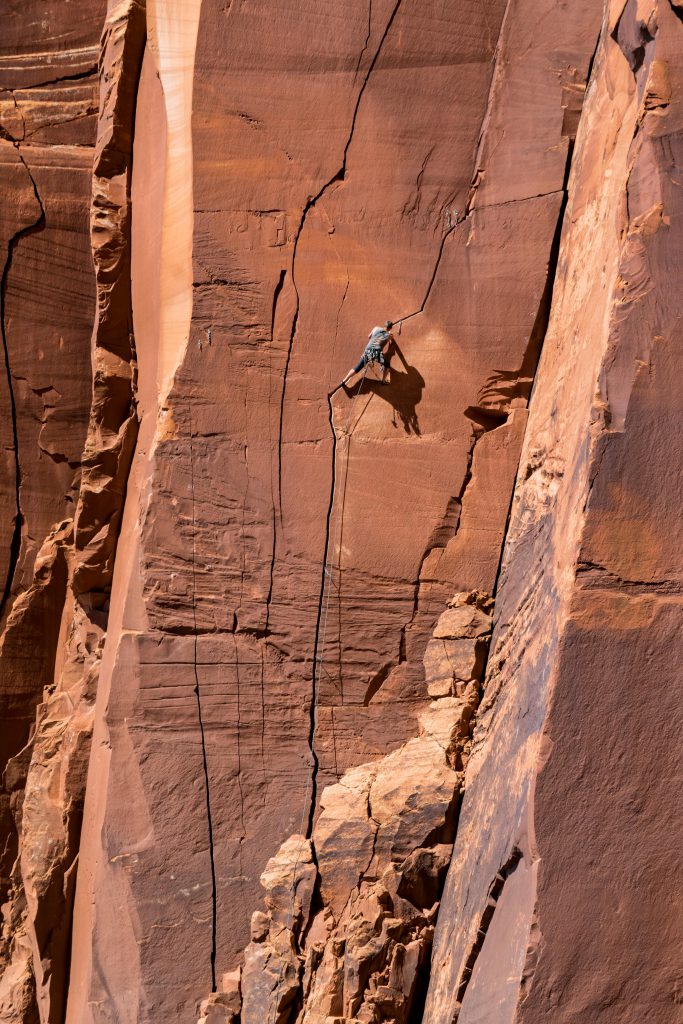 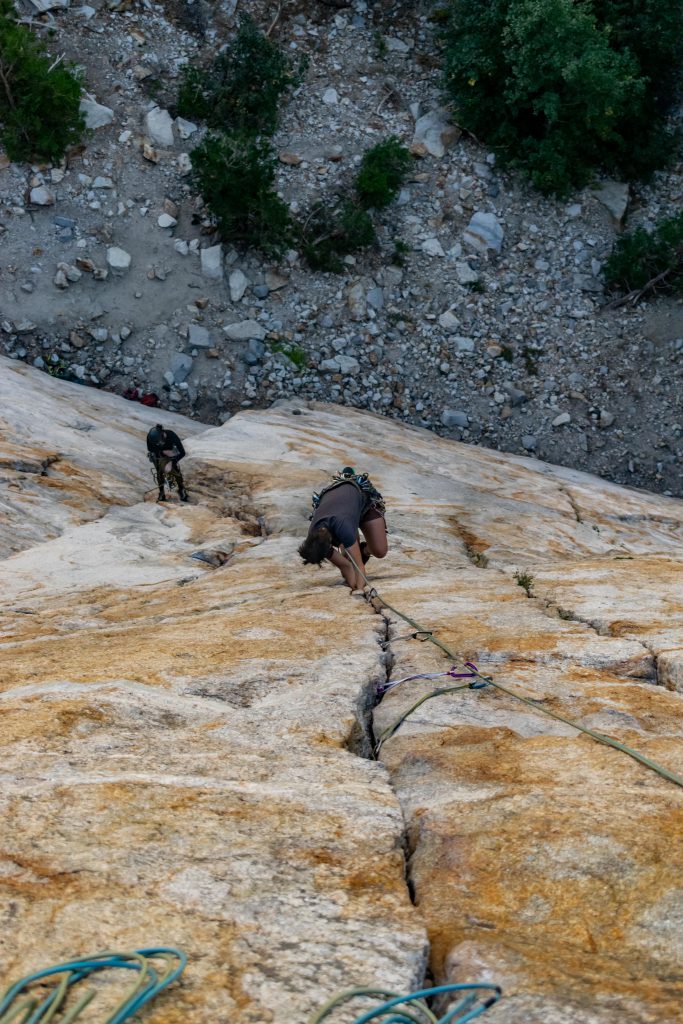 The “pummel”, as we call it, is in place of a thumb loop on the end of the stem; and why the average climber sees this as a disadvantage we might never know because it makes pulling the trigger more natural and more stable. You place the pummel in the palm of your hand and pull the trigger with your fingers – it is as easy as that. Why do you need a loop around your thumb when you place a cam anyway? This pummel design is also why these cams can have extendable slings and maintain their 14 kN ratings down to a DMM size 1 (a .5 equivalent). 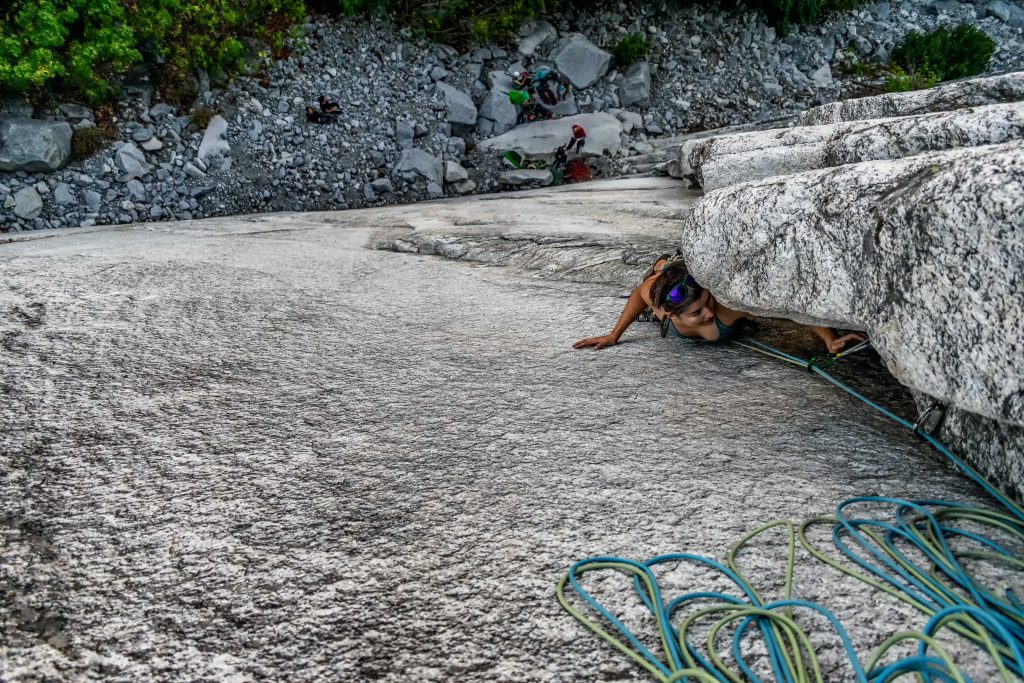 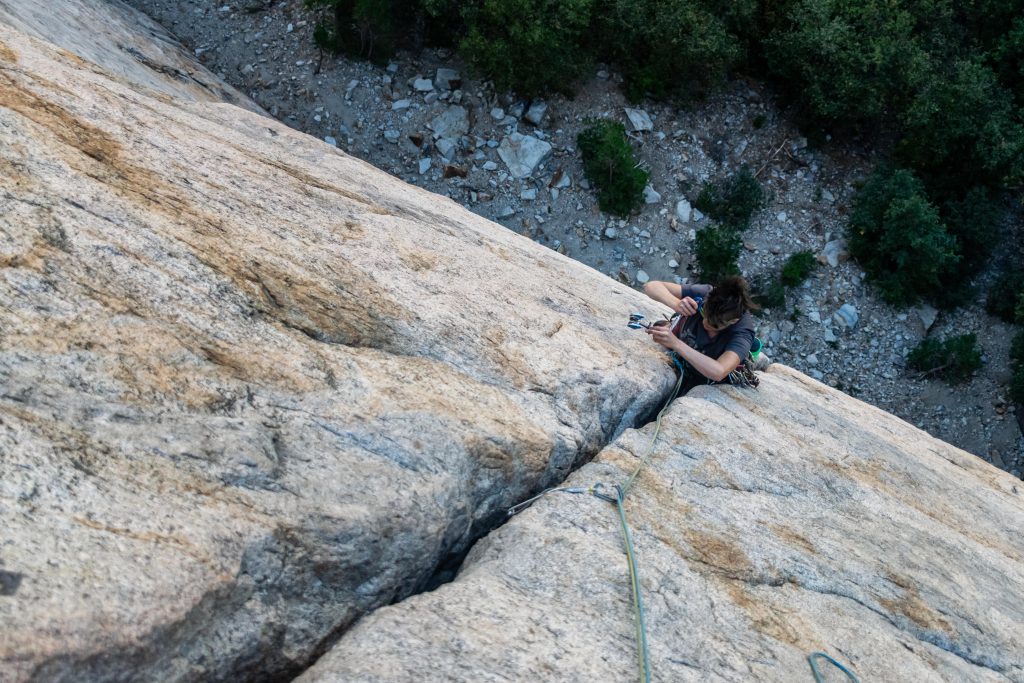 Those of you who have drank the aid climbing kool-aid (we have) might make a fuss about not having the thumb loop because you are losing that “higher clip-in point” for your daisies. Fair point except you are only losing, roughly, 3 ¼ inches of height.  Even in a discipline of climbing where literally every inch of upwards progress matter those 3 inches did not hinder us – in fact, we just got better at standing in our top step. DMM is making you a better aid climber! Plus, the extendable slings are clutch for pairing down your already bulky aid rack. 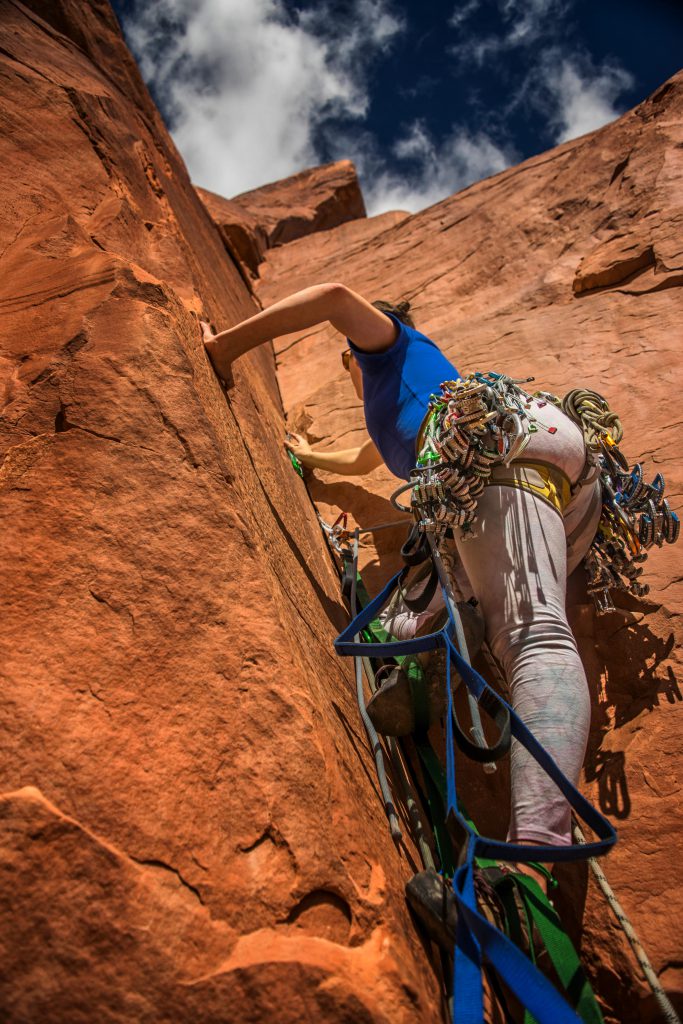 Pitch 1 of the Matchstick

The major upgrade to the Dragons is the TripleGrip lobes. At first, I thought this was a marketing and style ploy. The surface of the lobes that contact the rock are machined aluminum instead of being anodized and they added a few more grooves which gives the cams a nice shiny and bite-y look. The lobes are also a bit wider than the previous version. Does this all work? Well, we have never gotten a cam so stuck that we had to leave it behind in a combined 20 years of climbing, but during our 2 weeks in Yosemite we came close to leaving a cam two separate times. These TripleGrip lobes really do decrease the walking ability of the cams and increase the initial grabbing power of the cams. 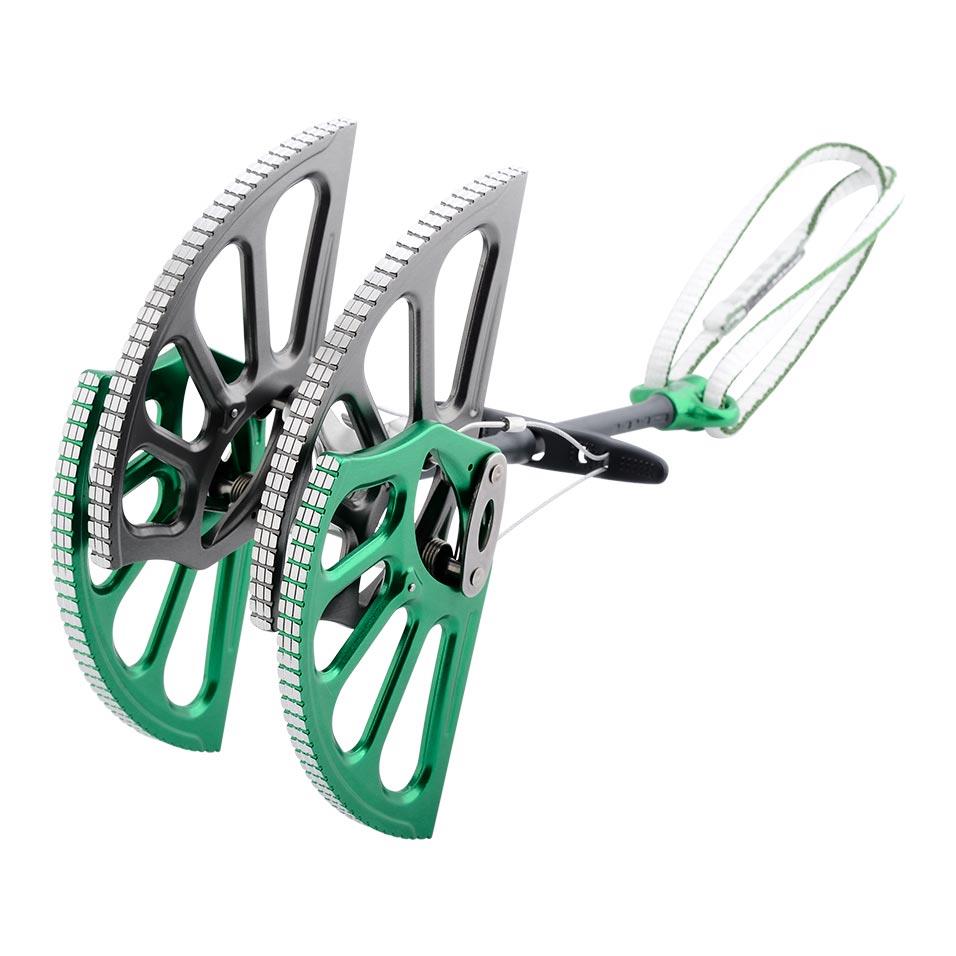 You might ask yourself: Just how much would a cam with all these great features weigh? Not nearly as much as you would think. A full set of Dragon Cams from 00-8 weighs 4.51 pounds – a full 2 ounces lighter than the equivalent .3-6 in Black Diamond. It doesn’t seem like much until you add a rack of draws to the other brand’s weight total. Now the difference in weight is in the pounds! We can’t speak for everyone, but we thoroughly enjoyed having lighter packs on the tougher approaches. 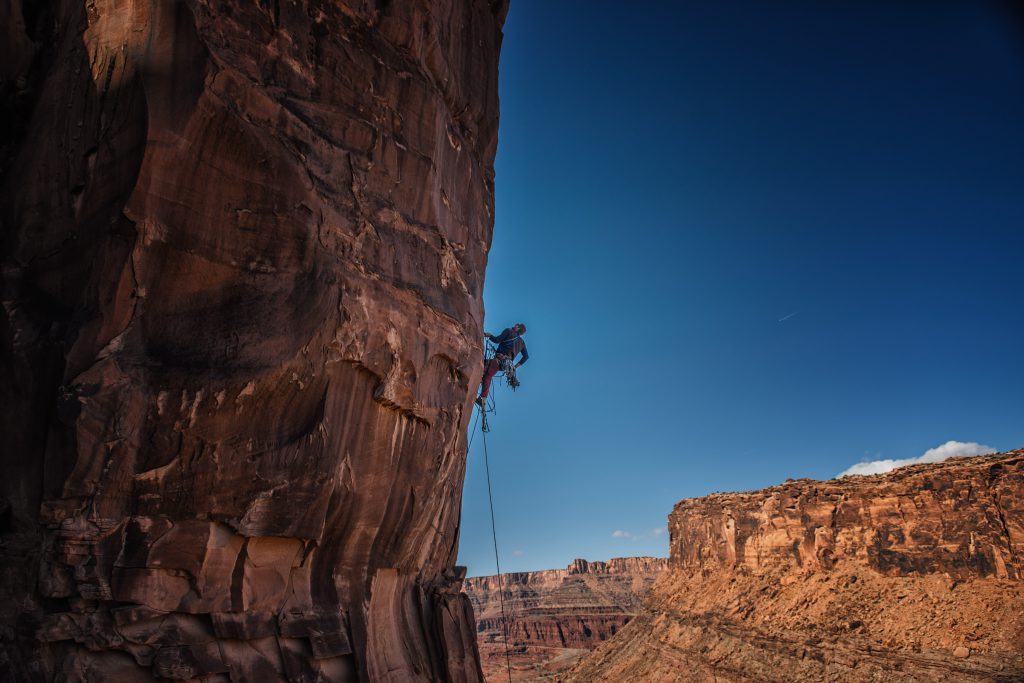 These are hands down the most functional cams on the market. You get quality handmade equipment from a company that has strived to pay full attention to every detail since their inception. All this for, at retail, $5 more per cam than C4 cams.

Shop the DMM Dragon Cams on Outdoor Prolink. Not a member? Apply today!

Mollie Bailey started climbing in 2011 in Sand Rock, Alabama. She quickly realized from those wonderful outings that an outdoor life was the one for her. She migrated to Colorado shortly after to pursue the outdoor lifestyle that’s overwhelmingly present in Colorado. She has been a Rock Climbing Guide since 2013; and loves to teach and share the world of climbing with everyone. You can find her on her days off with her two big dogs, chasing sunshine wherever possible, planning the next adventure. 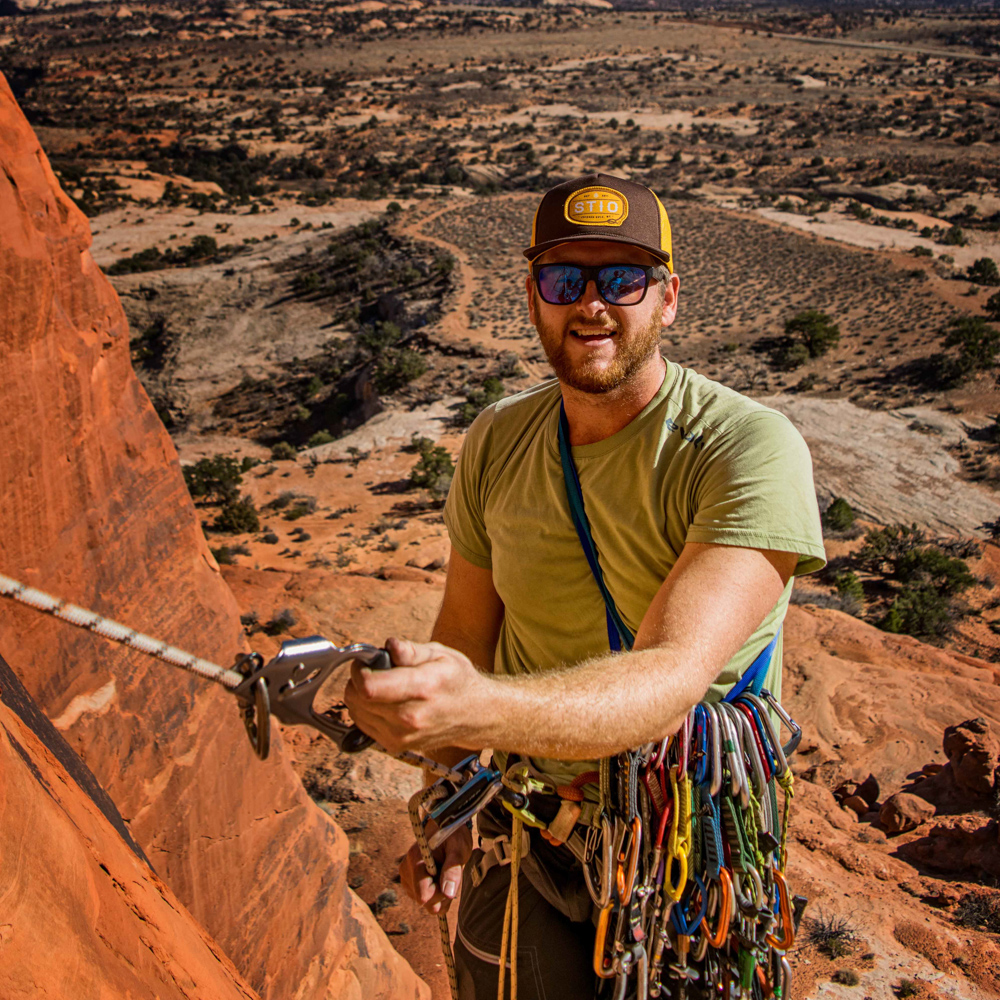 Patrick Betts is the Technical Director at Front Range Climbing Company and is based in Moab, Utah. He has been in the Outdoor Industry since 2009 and guides year-round in Colorado, Utah, and beyond. When he is not guiding, you will find him traveling to climbing destinations around the world. Patrick is an experienced adventure photographer who enjoys taking photos of people pushing their own limits and capturing the landscapes of the areas that rock climbing takes you. Follow along @adventurethrulens 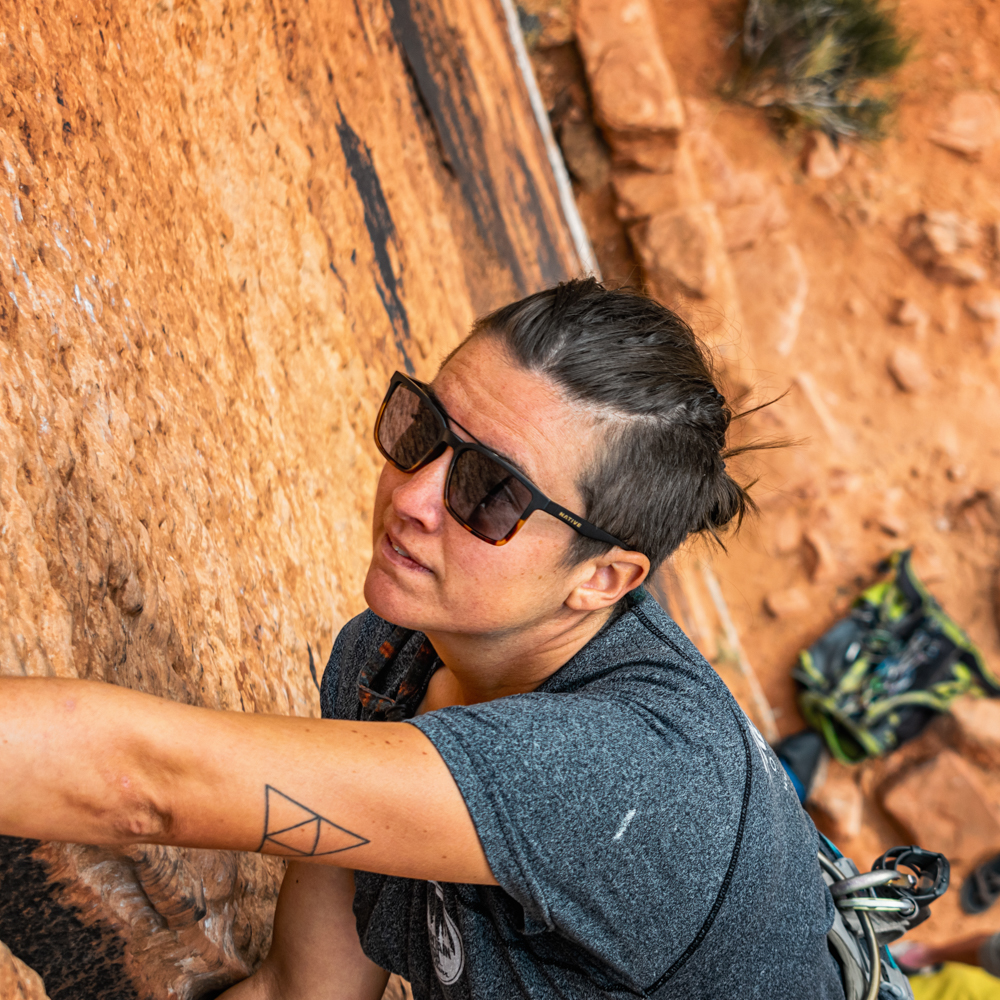 Mollie Bailey started climbing in 2011 in Sand Rock, Alabama. She quickly realized from those wonderful outings that an outdoor life was the one for her. She migrated to Colorado shortly after to pursue the outdoor lifestyle that’s overwhelmingly present in the West. She has been a Rock Climbing Guide since 2013; and loves to teach and share the world of climbing with everyone. You can find her on her days off with her two big dogs, chasing sunshine wherever possible, planning the next adventure. Follow along @adventurethrulens